Southwest Of Rusape: The Mucharambeyi Connection 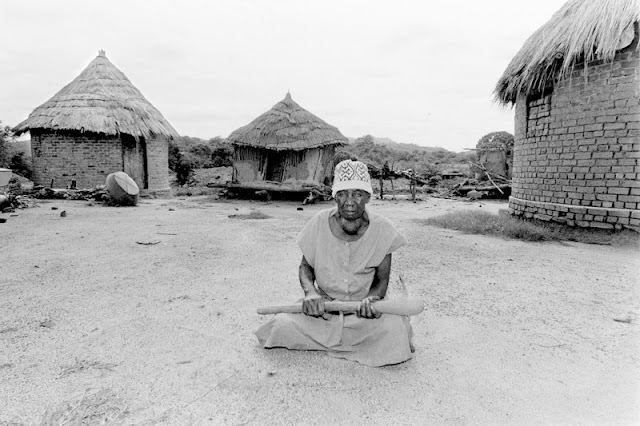 This documentary photography project was in association with the Mucharambeyi family in  Rusape , North East  Zimbabwe  and sponsored by  U.S.I.S. ,  Harare , Zimbabwe as the  inaugural exhibition/event  for the United States Information center (1995). The Mucharambeyi family attended, and  Johnnie Carson , U.S. Ambassador to Zimbabwe, opened the exhibition. Southwest of Rusape: The Mucharambeyi Connection (tomrchambers.com) Chambers considers this project one of his more meaningful ones since he spent several days with the Mucharambeyi family in a rural setting that had him traveling from village to village for his assimilation into their culture and customs to provide photo documentation. Several examples follow: Exhibitions "Hyperlink: PhotoForum Worldwide Exhibition" (Southwest of Rusape: The Mucharambeyi Connection [SWRMC-1]) (group show), first, on-line/hyperlinked exhibition under the auspices of PhotoForum/Rochester Institute of Technology, Rochester, New York, U.S.A.
Post a Comment
Read more 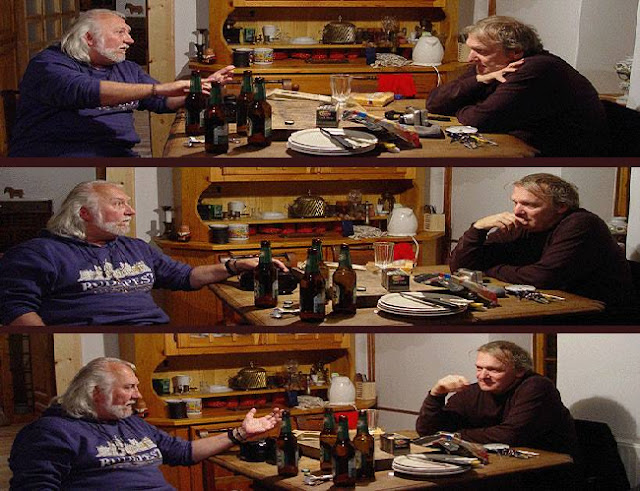 Tom R. Chambers spent two weeks in  Budapest ,  Hungary  visiting  Istvan Horkay  and documenting the streets of the city. Chambers (left) is seen below talking with Horkay at his home in Revulop, which is near Budapest. Budapest is the capital and the most populous city of Hungary. The history of Budapest began when an early Celtic settlement transformed into a Roman town of Aquincum, the capital of Lower Pannonia. The Hungarians arrived in the territory in the late 9th century. The area was pillaged by the Mongols in 1241. Buda, the settlements on the west bank of the river, became one of the centers of Renaissance humanist culture by the 15th century. After the reconquest of Buda in 1686, the region entered a new age of prosperity. Pest-Buda became a global city with the unification of Buda, and Pest on 17 November 1873, with the name 'Budapest' given to the new capital. Budapest also became the co-capital of the Austro-Hungarian Empire, a great power that dissolved in 1918,
Post a Comment
Read more

Tom R. Chambers spent four years in   China   (2003-2007) teaching English/Media-Communications and Digital/New Media Art at   Sheng Da College (SDC)   (Zhengzhou, Henan Province) and   Zhaoqing University (ZU)   (Zhaoqing, Guangdong Province), respectively. The image examples above show a bit of his coverage throughout this country as a result of his student connections. China (2003-2007) (tomrchambers.com) China emerged as one of the world's first civilizations, in the fertile basin of the Yellow River in the North China Plain. For millennia, China's political system was based on hereditary monarchies, or dynasties, beginning with the semi-legendary Xia dynasty in 21st century BCE. Since then, China has expanded, fractured, and re-unified numerous times. In the 3rd century BCE, the Qin reunited core China and established the first Chinese empire. The succeeding Han dynasty, which ruled from 206 BC until 220 AD, saw some of the most advanced technology at that time, including
Post a Comment
Read more
More posts

tomrchambers
Tom R. Chambers is a documentary photographer and visual artist, and he is currently working with the pixel as Minimalist Art ("Pixelscapes") and Kazimir Malevich's "Black Square" ("Black Square Interpretations"). He has over 100 exhibitions to his credit. His "My Dear Malevich" project has received international acclaim, and it was shown as a part of the "Suprematism Infinity: Reflections, Interpretations, Explorations" exhibition in conjunction with the "100 Years of Suprematism" conference at the Atrium Gallery, Harriman Institute, Columbia University, New York City (2015).